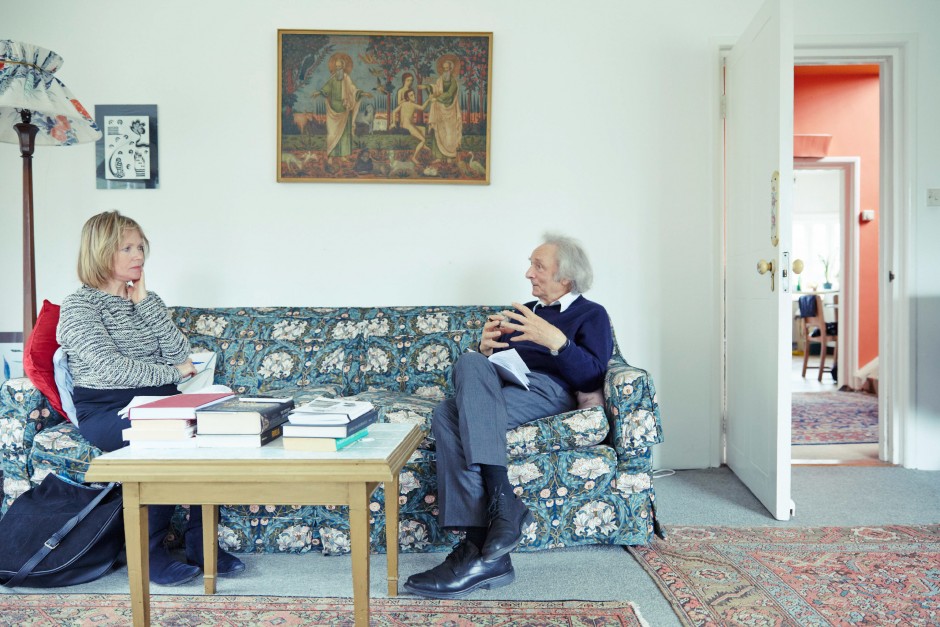 After decades of thinking about people, ideas and societies, Theodore Zeldin has tackled one of humanity’s big questions head on: how do I live a full life?

Zeldin is a philosopher and historian and, at 81, his career spans more than half a century. His latest book, The Hidden Pleasures of Life, draws on insights from great thinkers through the ages, as well as contemporaries from around the world who work in disciplines ranging from economics to science and the arts.

Each chapter begins with a question, such as ‘What is the point of working so hard?’ or ‘How can a religion change?’, and he concludes that rather than focusing on ourselves, we can find the hidden meaning in human experience by listening to each other.

Zeldin is an Emeritus fellow at St Antony’s College, Oxford, where he was Dean for 13 years, and has worked with a number of leading international figures, organisations and companies around the world. Among other things, he has been a member of the BBC Brains Trust and a fellow of the World Economic Forum, and Time magazine called him “the world’s foremost authority on Frenchness”, which explains his role as an adviser to President Hollande. As a historian, he has tended to focus more on individuals and how they felt rather than on kings, queens and wars; one of his previous books, An Intimate History of Humanity, discussed how the way we love, have friends and feel lonely has changed over time.

Hidden Pleasures is an enjoyable and uplifting read and I was looking forward to meeting Zeldin at his home near Oxford, with our photographer. This summer he will be speaking in the Baillie Gifford Main Theatre at the Edinburgh International Book Festival. Why has he written this particular book now?

“Well, the great problem of our time,” he replied, “is the huge expansion of population. We no longer know our neighbours and this is because there’s been huge growth in education, which means we have become much more critical and complicated, and so getting to know people has become much harder. We’ve got to make one of our main priorities the discovery of what is inside other people’s heads. We’ve tended to classify people according to their nation, class, profession or whatever, and have made generalisations, but these don’t apply to the individual.”

On the morning of our interview, a young woman with a good job, good degree and plenty of friends had rung Zeldin saying she did not know what to do with her life. “I’m finding this everywhere,” he says. “I think there is a great deal of disillusionment with our existing ideologies. The solution of prosperity has not been adequate. It’s all right giving people money, but what do you do with the money? Where do you go? We give everyone an education, but this creates the question, ‘What do I do with my education?’

So, what is the answer? Beside Zeldin on the sofa are a few pages of notes for the interview. He glances down at them. “I looked up Baillie Gifford and found some interesting statements that I liked very much,” he says. “One was ‘thinking about future possibilities’, which is something I am suggesting here.”

Indeed, the subtitle of his new book is: A New Way of Remembering the Past and Imagining the Future. Zeldin believes that we have convinced ourselves that modernity equals progress, and that to be modern we need to forget the past. The problem is that it is impossible to think about the future without knowing what people have already tried to do. “History is just human experience in every civilisation, so we should not just think about our own experiences but everybody’s,” he says.

Zeldin also believes we need to experiment if we are to envision the future. For example, his Oxford Muse foundation aims to ‘stimulate courage and invention in personal, professional and cultural life’. As part of this, he undertook a research project with IKEA on the future of retailing, in which he and his team temporarily transformed the company’s Liverpool store into a cultural and educational centre where customers could meet each other. This involved organising conversations between strangers at an evening meal in the store’s restaurant, using a Menu of Conversation, which allowed customers to discuss the matters that were most important to them.

At work, too, Zeldin believes we have to experiment, including a hard look at the way we work. It’s difficult to disagree with this statement from Hidden Pleasures: “To be relentlessly pressured to work harder so as to be able to afford a never-ending stream of desirable things is a depressing kind of freedom.”

We discuss the pros and cons of the implications of childcare for children of working parents, and Zeldin observes that the parent-child relationship has become particularly complicated, because parents can’t now necessarily promise their children a better life. “It’s no longer good enough for parents to say, ‘All I want from you is that you should be happy.’ What does that mean? It means you don’t know what to say to them. Is it satisfactory to be happy when the world is in such a mess?”

“No,” he answers. “I don’t think it is, unless you’re self-satisfied with your own life and you say, ‘I don’t care about other people or what is happening now.’ Millions of Syrians have lost their homes, for instance. It is unbelievable.”

Why does he think the rest of the world can’t square their differences to approach problems such as Syria together?

“My conclusion is that there are always individuals who use people’s idealism for their personal ends and politicise them and want power and so on. And it’s happened with religions. When religions start, they are all about loving everyone else and then somebody says, well, you must love everybody but you mustn’t love certain people, and the situation becomes perverted. And that is why I’m saying we have to talk one to one. It’s a big struggle.”

Of course, even Zeldin can’t talk to everyone. No, he agrees, but says it’s interesting to meet people from many different countries and religions. He picks out another phrase that Baillie Gifford uses, which is a quote from the Scottish Enlightenment philosopher David Hume: ‘Truth springs from arguments among friends.’

“That is almost what I am saying here, except I don’t use the word argument; I say disagreement is inevitable and we all think slightly differently. The challenge is to make our disagreements useful and be inspired by a different point of view.”

At this point, Zeldin and his wife, linguist Deirdre Wilson, offer Baillie Gifford’s photographer and me a lift to the train station. Zeldin is dispatched to take us, and given a list of grocery shopping. It is strangely reassuring that even a mind as brilliant as his needs a shopping list.