An Interview with Gavin Esler 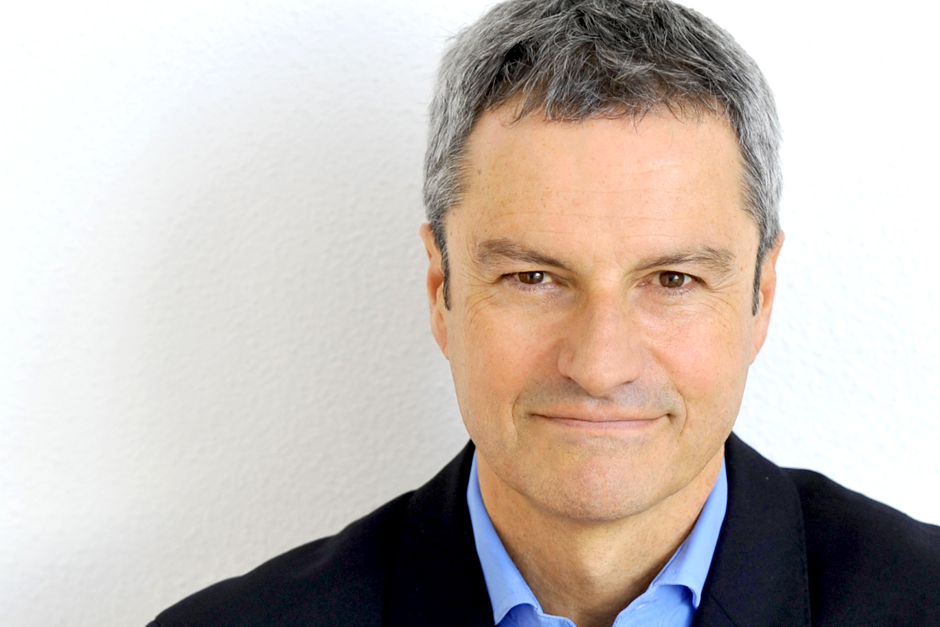 Gavin Esler writes in his latest book, Lessons from the Top, that whenever he interviewed anyone famous, he would invariably be asked the same question: ‘What was he or she really like?’

As a broadcaster and interviewer, he had been thinking for some time about writing of his most bizarre experiences over the years, from interviewing IRA terrorists in prison to Mrs Thatcher. It was during the run up to the 2010 election, however, that he began to reflect on the increasingly personal nature of many of the questions being put to politicians, and the extent to which different politicians possessed a gift for story-telling or otherwise.

This was the starting point for Lessons from the Top, a mixture of anecdotes and ‘how to’ advice on story-telling. “Everyone tells a story. We tell a story to get a job, or we listen to people when they send us a CV and we form an impression of them,” he says. “If we practice, we can get better.”

“Over the years, I have been around so many good story-tellers,” he adds, “Mrs Thatcher, Ronald Reagan at the end of his presidency (Esler was the BBC’s North America correspondent for eight years), Bill Clinton, Tony Blair. In different ways they all tell stories about themselves. They all ask ‘who are we?’ and ‘where are we going?’’

Voters, Esler argues, tend to be less critical of political leaders’ decisions and policies than their personal stories and mistakes. Clinton is a good example, George W. Bush another, playing up to his reputation as dumb because it made American voters feel that he was one of them.

Bush’s account of growing up in an ‘ordinary’ American family, which Esler reprints, seems a little far-fetched, I suggest. “The idea that his family was like any other Middle American family is nonsensical,” Esler agrees. “But this is the story he thinks that he needs to tell.”

What fascinates Esler is the thinking behind the story – the reason why a person has chosen to tell a particular story. Does story-telling matter? Is it dishonest?

“There is nothing wrong with being a performer,” Esler replies. “If you are not a bit of an actor, you can’t communicate. Any story-teller can tell a story badly or well.”

Story-telling is nothing new. Esler regards Moses as a story-teller. “He didn’t tell people ‘here are some laws and you’re going to do what they say.’ He told people that he had gone up the mountain and fetched down the tablets with the Ten Commandments from God.”

Winston Churchill agonized all night over speeches because he was determined to create the impression of a powerful orator and leader. Taking his cue from Julius Caesar, he wrote his own history of the Second World War to establish his own legacy.

“Boris Johnson is another good story-teller,” Esler continues. “He tells the story about being Eton educated and loving Classics to convey what he is like. He’s witty and attractive and he’s well liked; people feel they know a lot about his personality.”

Do we need to know so much about people? Esler recounts how Piers Morgan asked Alistair Darling, Chancellor of the Exchequer, if he was good in bed during the last election campaign. What did Esler, as a journalist, think of that?

“Those who play the game do so because of what our celebrity culture has become. The more this culture infects politics, the more serious it will be. We want our political leaders to do things and achieve things. The merging of the two cultures is sad.”

Esler detests interviewers who show off about themselves; he believes in the intelligence of his audience. In book festival interviews, he likes to talk as little as possible and open up the session to questions quickly. He wants to know what people are thinking and he is open to comments from readers about his books.

And what is Esler really like? He seems just like he is on Newsnight, actually. He is friendly, relaxed, intelligent and quick thinking.  He’s authoritative without being overbearing. He tells me while we are talking on the phone that he is walking his Kerry Blue terrier; that evening, after work (BBC News), he’ll take the dog up to Hampstead Heath.

Once he has told me the story about his dog, I like him more. Stories are indeed powerful.

Baillie Gifford is sponsoring Gavin Esler’s event at the Henley Literary Festival.  The festival takes place between 24 and 30 September 2012.

Visit the sponsorship pages on Trust Online for further information on Baillie Gifford’s sponsorship of the Henley Literary Festival.

Author: Heather Farmbrough
Heather worked in the city as a stockbroker and fund manager before joining the Financial Times where she was Junior Markets and Smaller Companies correspondent. She has contributed to publications including Weekend FT, Management Today and broadcast on Radio 4.