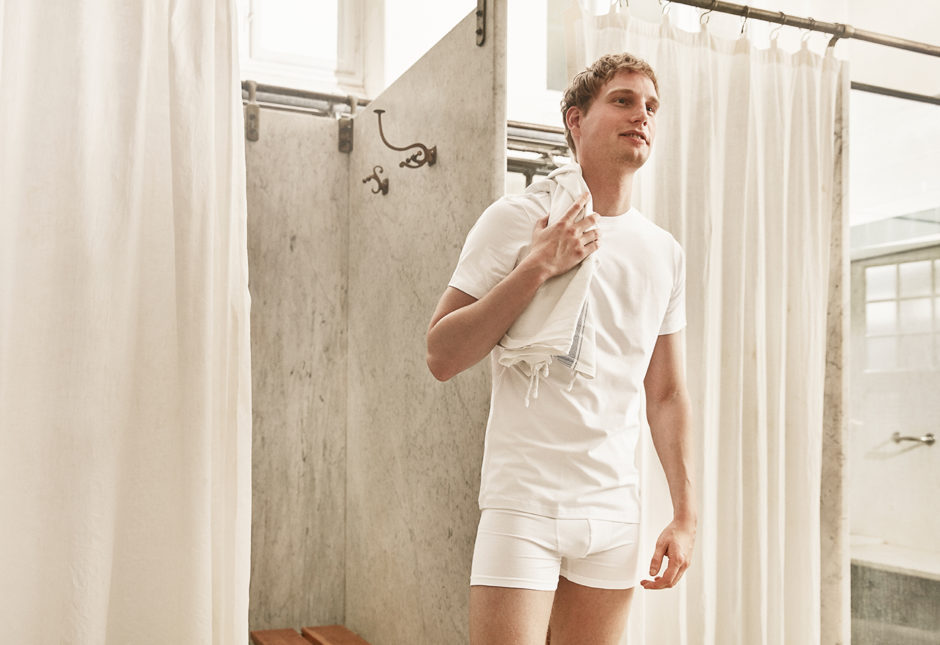 The clothing industry is not only big business; too often it’s dirty business. According to Mads Fibiger, the 27-year-old CEO and co-founder of Organic Basics in Copenhagen, an online retailer of sustainable clothing, it emits 1.7 billion tonnes of CO2 and produces 92m tonnes of waste annually.

Indeed, about 20% of industrial water pollution is estimated to come from garment manufacturing, while the global apparel and footwear industries account for 8% of the world’s greenhouse gas emissions, according to the report Measuring Fashion.  Some companies – including H&M – burn clothes while washing and drying them also creates unwanted environmental side effects.

Sustainability has become the new CSR buzzword – but few industries have been as affected by its importance as clothing and textiles. “We believe the fashion industry has been contributing to a worse environment for way too long,” says Fibiger.

For him, sustainability is at the heart of the three-year-old company’s approach. “We want to show that it is possible to make sustainable quality products at a reasonable price. We want to create sustainable fashion,” he says.

His next observation brings me up short. Currently, underwear generally has a very short life cycle with constant washing. The way we use underwear right now is a complete waste of resources and it is terribly damaging for the environment.

In other words, changing and washing your underpants regularly is actually bad for the environment. What is Fibiger’s solution?  “The technology we use to kill bacteria is the same NASA uses for purifying water in the International Space Station,” he replies. “We treat all our products with a sustainable, low-concentration recycled silver chloride, which kills 99.9% of bacteria.”

Organic Basic is not the first company to do this. For instance, Lululemon’s Silverescent line combines silver-infused yarn with nylon and spandex; the silver can’t be washed away so it stays in the garment for its lifetime. Natural materials, like silver and gold, neutralize the ability of bacteria to form. These bacteria can create an unpleasant smell when we sweat. Get rid of these bacteria, and you get rid of the smell.

All the underwear in Organic Basics’ SilverTech material is made from mechanically recycled nylon, which means, the company claims, that it can reduce CO2 emissions and water usage by up to 90% compared with conventional nylon. The nylon is made in Italy from waste from leftover fibers and weaving mills. Its cotton collection is all made from sustainably sourced organic cotton.

Organic Basics doesn’t do seasonal collections and it won’t go head to head in advertising against other brands. Its product range, never packaged in plastic, is small and simple in basic colors, perfectly in tune with Danish minimalism. And like much of Danish design, it’s not cheap, either: a nicely designed stainless steel silver water bottle currently retails for $47.00 on the U.S. website.

Fibiger believes that the approach to sustainability that he shares with his three co-founders from Aarhus, Denmark appeals not just to customers but to investors, enabling them to raise over 1M DKK ($185,500) on Organic Basic’s first Kickstarter campaign and start making its first lines in cotton. The company recently launched its third round of kickstarting finance, which has raised more than $100,000 so far. Since starting out in 2015, Organic Basic has sold over 200,000 products to more than 50,000 customers in Denmark, Sweden and further afield in Europe and the U.S.

So, all those men out there who don’t want to change their underpants as much as their womenfolk might like, well, yes, it seems that they might be on to something.

This article is published on Forbes.com