Inside Management – Enter the business coach 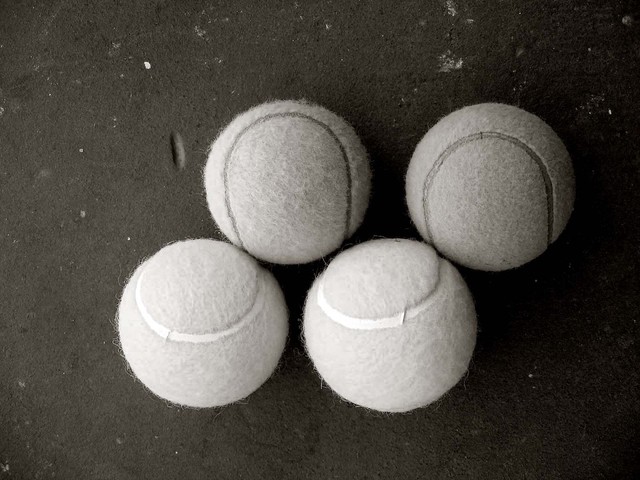 In a factory in the North East of England a man sits with his back to a large rubbish bin into which he is trying to toss tennis balls. He isn’t allowed to turn round. A few of his colleagues look on, laughing. Beside him stands another man, who is particularly unhelpful although he can see the bin and the direction of the balls. “Can’t you do better than that?” he jeers. “You’re hopeless.” The sitting man is indeed a terrible shot. But then the other’s attitude changes. “That’s better,” he says. “You’re nearly there – left a bit. No, that’s too high. Yes, almost.” The next ball goes in. Later the first man is asked for his response to the different attitudes adopted by his mentor. He replies, not surprisingly, that the latter was at first thoroughly offputting, but that later his encouragement was helpful – and led eventually to success.

The man lobbing the balls is in fact a senior manager at Courtaulds Coatings’ technology division. He is taking part in one of a series of two-day training courses run by The Alexander Corporation, a London-based firm of “performance consultants” which specialises in coaching businessmen.

Many of today’s business coaches were at one time “inner game” sports coaches. The idea of the inner game was first explored by Timothy Gallwey, a US college administrator and tennis coach whose book, The Inner Game of Tennis, was an instant hit in the early 1970s. Gallwey later applied the inner game idea to golf, then to very different subjects like music.

As a tennis coach Gallwey realised that, whenever he took part in a game, there was a continuous commentary going on in his head. This he called Self One. Every tennis player is familiar with the kind of comments Self One makes “Why didn’t I follow through that shot? … I mustn’t throw the game away now,” and so on. The part of his mind which just let his body hit the ball instinctively Gallwey called Self Two. This is the intuitive side which a child uses to learn to walk. Gallwey found that Self One, the judgmental, critical voice, was apt to get in the way of Self Two, and that when Self Two was allowed greater freedom a player’s performance improved. The object of inner game coaching was to limit interference from Self One.

During the 1970s the inner game became popular in western Europe, particularly among golfers and skiers. Among its keenest advocates was ski and tennis coach Graham Alexander, who became one of the first to apply its principles to management. As a manager with IBM, Alexander also had a strong professional interest in management development, and in 1988 he founded his own coaching company called The Alexander Corporation, now reckoned to be the UK market leader in the field.

The purpose of coaching is to help realise potential. But the coach first needs to find out why potential is underutilised. The good coach aims to draw out the individual’s special goals and hang-ups, and help him overcome the latter. Coaching is thus to be distinguished from training, which teaches skills that the expert regards as necessary but which may not seem quite so important to the individual. Nor is it to be confused with psychotherapy, which aims to resolve deep-seated emotional problems. The business client tends to have more practical problems: like an inability to organise, prioritise or delegate.

While coaching is generally directed at helping the individual, it may also be used to tackle some widespread management problem. At Courtaulds Coatings there was a recognised need to improve the management appraisal process. Peter Lenney, general manager of the technology division, recalls that the trouble with appraisal was that it was “targeted at history, not at improving people – it was a process they just thought they had to go through with”.

As it happened, personnel manager Richard Hirst had attended – and been favourably impressed by – an Alexander Corporation coaching workshop held at Courtaulds’ fibres factory in Grimsby. Lenney and Hirst believed that managers would benefit both from being coached and from learning to coach. Also that it was important that external coaches should be involved.

Early last year a dozen senior managers from the division, including Lenney, sat down with two Alexander Corporation consultants for three two-hours sessions. Other senior managers were then introduced to the coaching process, so that they could experience it at first hand and eventually coach others. “If you can’t coach, you can’t manage” became something of a corporate axiom.

The Alexander consultants employ different techniques to illustrate what they are attempting to do. One is the tennis ball game described above. Others are more specific. For example, managers are invited to think about, and write down, the qualities of a good coach as opposed to a bad one. The ultimate objective of course, is to make the managers better coaches themselves.

One technique employs a graphic model highly relevant to the appraisal situation. The manager conducting an appraisal draws a horizontal line on a blank sheet of paper. This is an x axis and is labelled “rapport”. One-third of the way along he draws a vertical y axis, which he labels “level of detail”. The area to the left of the y axis represents negative rapport, that to the right is positive. The latter is then divided into quadrants. According to the Alexander team the top right-hand quadrant is the place to be: this means that the employee whose performance is under review gets maximum feedback while continuing to enjoy excellent rapport with the coach.

All too often appraisal sessions generate negative rapport. Employees are frequently wary or resentful, and their defensiveness is only increased by listening to a catalogue of their weaknesses. The model helps managers to recognise instantly what makes good coaching.

During the early summer of last year, some 40 senior staff at Courtaulds Coatings went through three two-day courses to learn about coaching skills. At the end of the summer a half-day debriefing was held to assess how the coaching sessions had gone. Naturally Hirst found that some managers benefited from coaching more than others. Older managers were generally the more receptive.

Lenney believes that the coatings division could serve as a model for other parts of Courtaulds. Indeed there is no reason, he maintains, why coaching should be more successful in his own business than in any other, since human relations lie at the heart of every organisation. And Alexander’s clients certainly span a broad spectrum.

The company is far from having the field to itself, of course. Among its principal rivals, Cannon Rosen is a five-year old venture co-founded by an early follower of Graham Alexander. Ben Cannon was still at school when they met, and so impressed by inner game coaching that he requested an eight-part programme for his 18th birthday – to help sort out what he wanted to do. His partner, Ingmar Rosen, is a Swedish psychologist, which could account for the firm’s psychological bias. Before launching on any coaching assignment, Cannon Rosen makes use of inkblot tests to built up a more complete picture of the client’s personality. Another technique is to show him a high exposure photograph of a mildly menacing subject – a man with a frown, for example. Although the image gradually becomes clearer as the exposure is reduced, some people never see the frown. The process is said to reveal defence mechanisms at work. “While our broad belief is that the more accurate the perception one has of oneself the better,” says Cannon, “the manner in which information is received is extremely important … Our coaches have to be highly skilled at giving feedback.”

Of much the same size and vintage as Cannon Rosen is an organisation with the name of Inside Out. Its founder, Alan Fine, also came to business via tennis and the inner game. As a tennis coach, he used to be asked by businessmen to help apply inner game methods to golf as well. While walking round the course they would naturally discuss business, which is what prompted him to diversify.

Inevitably, if not imperceptibly, coaching shades into management consulting of a more conventional kind. Training specialists Crane Davies have been using coaching for the past half-dozen years, but wrapped up as management development. The firm’s consultants mostly have business backgrounds. Sheena Crane, a founding director, argues that coaching “has relied too much on the psychological approach and hasn’t been close enough to business”. Nevertheless, Crane Davies will use psychological testing “in context and at a stage in the programme when it’s absolutely evident that it will help”.

It will clearly be a while before coaching in the UK wins the credibility that it enjoys in the US or in Scandinavia. The idea of helping colleagues who may also be rivals often goes against the grain of British corporate culture. As one company director comments, “If people don’t perform, it’s tough – they’re out. You don’t get to the top by being nice to people.” But a few employers have learned that, on the whole, managers tend to perform better if they’re helped than if they’re threatened.

This article was first published in Management Today