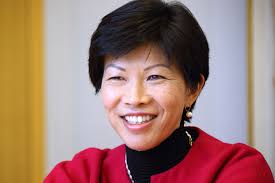 On January 22 2014, Shinzo Abe, the prime minister of Japan, made a bold statement in his keynote speech at the World Economic Forum Annual Meeting in Davos. Describing Japan’s corporate culture as still being one of “pinstripe suits and button-down shirts”, he made a firm commitment to boost the number of women in senior positions in Japan’s companies and other walks of life to 30 per cent by 2020.

His speech put the issue of ‘womenomics’, as it has become known in Japan, firmly at the forefront of Japanese political, social and economic policy. Kathy Matsui, managing director and chief Japan strategist at Goldman Sachs Japan, first used the term to refer to the underutilisation of women in a 1999 report she wrote on getting Japan’s economy going again.

Womenomics is an important issue. Matsui has consistently said that the low participation of women in the workforce is one of a number of factors that has held back the Japanese economy. In her view, Japan arguably has more to gain than almost any other country by getting more women into the workforce. Japan could increase its gross domestic product by 14 per cent if it raised female employment to the same level as male employment, according to Goldman Sachs.

The problem is pressing. Japan’s population is ageing fast, while its debt burden is twice as big as its economy. Japan’s population is also falling – by 2060 it is estimated that it will have shrunk from 127 million in 2013 to 87 million. By 2035, one-third of all Japanese will be 65 or older – up from 23 per cent in 2010 – according to the National Institute of Population and Social Security Research. Japan is one of few OECD countries where the number of registered dogs and cats (21.3 million) continues to outnumber the total number of children under 15 (16.5 million).

In addition, few women hold senior positions in corporate or public life – just 3.1 per cent of the board seats in Japan’s largest companies, according to a report by Catalyst. So women have little collective bargaining power in those companies and few role models. The pattern is echoed in other forms of public life, such as in its parliament, although the first female governor of Tokyo has just been elected at a particularly important time; Yuriko Koike, the former Japanese defence minister, will oversee the capital’s preparation for the 2020 Olympic Games.

As recently as the mid-1990s, the number of women in work in Japan was just 56 per cent, comparatively lower than most OECD countries. “Japan is definitely behind most countries in terms of female employment,” agrees Sarah Whitley, manager of The Baillie Gifford Japan Trust PLC, “although it is trying to remedy this, and the figures are much higher now.”

Indeed, by 2015 the percentage of Japanese women in work had increased to 65 per cent, which would appear at first glance to bring Japan up to nearly the same levels of employment as the UK. But there are significant differences, as Whitley explains. “Many of the women working in Japan work part time, so we don’t yet know where these figures will end up.”

“Although China and South Korea are culturally similar, they are completely different in terms of where women are,” observes Whitley. “While there is pretty equal access to education in each country, there are still women–only universities in Japan.”

The problem seems to be that although more Japanese women are now highly educated and skilled – a relatively recent phenonema – too few female graduates continue to pursue the careers they are arguably qualified for.

Matsui has consistently argued that this is because of gaps in pay between men and women, and unequal opportunities. Tax distortions also deter many married women from fully participating in the workforce. While Abe has promised improvements in the provision of childcare and parental leave, only 2.3 per cent of Japanese fathers take their full entitlement of paternity leave.

“Improving the capacity of daycare and elder care is obviously critical,” Matsui argues, “but it is also important to educate society about the benefits from greater diversity. Perhaps the biggest obstacle is the mindset.”

For instance, she says it is a myth that Japanese women “simply aren’t ambitious enough” to pursue a career. “Many women want to return to work after having children,” she adds, “but there are few support mechanisms to help them re-enter the workplace.”

Whitley agrees that part of the problem lies in historic social attitudes towards the role of women in Japanese society, as well as the job-and-salary-for-life culture which used to prevail, and sometimes still does, in large Japanese companies and which blocks the promotion of younger talent, as well as the lack of nursery and day care provision, the latter hindered by bureaucracy.

Whitley observes that while many Japanese women may be the decision-makers when it comes to major financial decisions such as buying a car or taking out a mortgage, their position in society is unequal. However, she sees signs of change for the better and adds,  ”Often things don’t change in Japan for a very long time, but then suddenly they do, and they change fast.”

Since Abe’s Davos speech, a number of other initiatives have indicated progress. For instance, in April this year the Japanese government passed legislation requiring large companies to publicly set goals for hiring and promoting female managers. Under the new law, all businesses with over 300 employees have to disclose the number of female workers they have, and put in place strategies to increase the employment of women.

Another government-led initiative to persuade companies to become higher-profile employers of talented women is that promoted by the Ministry of Economy, Trade and Industry (METI), with its Diversity Management Selection 100 Project, and even before Abe’s Davos speech, METI and the Tokyo Stock Exchange introduced the idea of the Nadeshiko brand in 2012. A Nadeshiko company is a listed company that helps women develop their careers and achieve promotion. The idea is that these companies will be more interesting to potential investors because they possess good management. The name Nadeshiko is both the nickname of the Japanese women’s football team and a graceful pink flower.

The US embassy in Tokyo and the US-Japan Council has also introduced a mentoring scheme in which women in senior positions on both sides of the Pacific help to mentor Japanese female university students.

The story so far

Abe has already admitted that it is unlikely that women will occupy 30 per cent of senior roles in the corporate and public sectors by 2030. There is plenty of scepticism about his ability to implement womenonics and other economic policies. Yet the important point, as Matsui has said, is that while Abe’s promises may be overambitious, they are better than no targets at all.

Moreover, as the beneficial economic effects begin to flow through, it may encourage more of a shift in mindset. Research by MSCI has demonstrated significant outperformance by companies with women on their boards. Meanwhile, in Japan, professor Isamu Yamamoto of Keoi University has shown in his research that employing more women can lead to a more productive company.

“Employing women reduces the poor productivity inherent in the traditional Japanese culture of long working hours,” observes Whitley. “Women don’t want to spend long hours at work, particularly if they have children, and they are less inclined to sit around and waste time when they are not productive.”

She is optimistic that things are beginning to change for the better. On her last visit to Japan, she and her team met Haruno Yoshida, president of BT Japan Corporation, who is setting a strong example for working women trying to break through glass ceilings.

“I do think that ‘womenomics’ will have an impact over time because there is a strong shame culture in Japan,” says Whitley. “As companies will have to divulge the number of women, even those who are reluctant to promote women will have to do so”.