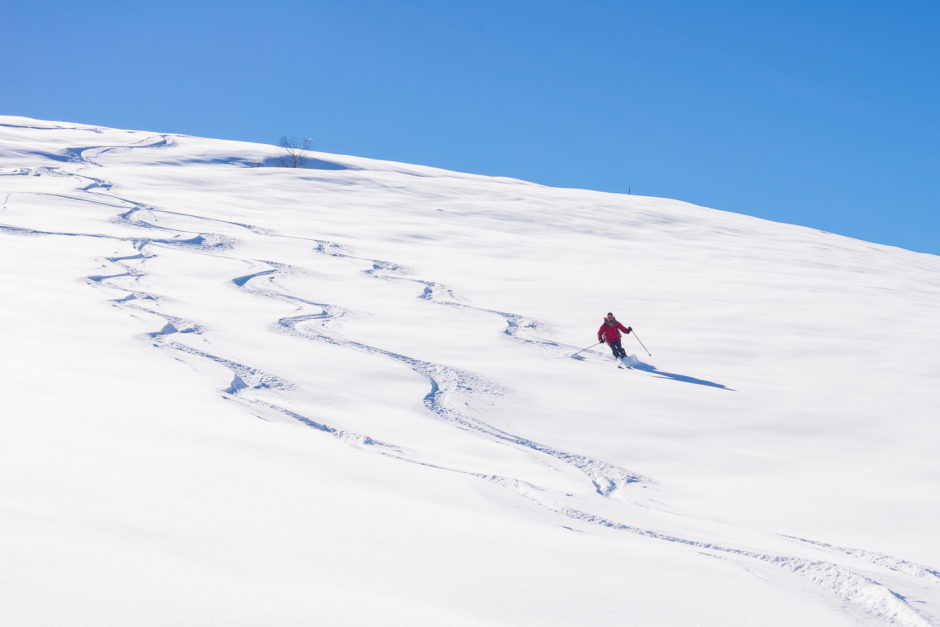 Ski resorts are all about ……ski-ing. Aren’t they? Well, not for everyone, actually. But non-skiers can be perfect happy in the right resorts.

Sean Newsom of Welovetoski.com and I chose some of our favourite destinations to keep everyone happy.

Courmayeur, Italy
For Italians, a ski holiday is as much about looking good in your designer winter jacket as carving perfect turns – and there are few better streets in which to show off your new outfit than the via Roma in Courmayeur. Winding through the heart of this ancient, mountain village, it’s lined with cute shops, selling winter outfits for the bambini, hand-made soaps and that must-have pair of sunglasses.

On Sunday mornings – when the weekenders from Milan and Turin are in town – there’s a bigger buzz here than there is up on the slopes. But that’s not to say the slopes aren’t excellent. Set on the sunny side of Mont Blanc massif, Courmayeur is essential for anyone who’s serious about their off-piste skiing. Lower down, you’ll find lots of trees – providing shelter whenever a snowstorm blows in. Up high, beneath the 3462m Punta Helbronner, are the kind of glacier descents which attract experts from all over the world, although it’s advisable to book a guide. Tour operator Thomson has self-catering apartments starting from £456.

Aspen, USA
Aspen is about as close to paradise for a non-skier as you can get. For a start, it looks good: its wild-west architecture preserved and dressed with designer clothes shops, bookstores and art galleries. In the evening, it’s home to one of the best restaurant scenes in either the Alps or the Rockies. And for anyone who wants to burn off calories the following day, there’s a range of non-skiing activity on offer, from yoga to dog-sledding. The spa in the St Regis Hotel, offered by Crystal, is state-of-the art, too.

From a skier’s perspective, Aspen has three big pluses: under-used slopes, a wide variety of terrain, and soft, grippy Rocky-Mountain snow. Book your lift ticket in advance or it could cost nearly $100 a day. But after a day of tearing up the slopes – with almost no-one else to get in the way – you may think it worth the expense.

Banff National Park, Canada
If your non-skier loves the outdoors, then Banff National Park is the place to take them. The core of the park is the majestic valley of the Bow river. It provides a spectacular backdrop for snow-shoeing, dog-sledding and crosscountry skiing. Inghams has a room-only package starting from £808 at the historic Fairmont Banff Springs Hotel.

Downhill skiing takes place in three separate areas in the park, at Lake Louise, Sunshine Village and Mount Norquay. Lake Louise has a good mix of slopes for all levels of skiers – and is very peaceful at night. Anyone looking for more things to do indoors should target the lively town of Banff, a 40-minute drive away.

Seefeld, Austria
Seefeld is for those who enjoy their comforts. A pretty town, set on a forested plateau above the Inn valley, it’s home to three five-star hotels, 40 indoor swimming pools, and enough spa treatments to last a lifetime. If your idea of a perfect winter’s day is a short walk through a snowy forest, followed by a Swedish massage somewhere toasty, then this is the place for you, and Crystal offers the Astoria Relax and Spa Hotel from £845pp.

And what of your other half? Seefeld’s ski area offers 30 miles of pistes, mostly through the trees. Cross-country skiing is Seefeld’s strongest outdoor suit, offering a more complete physical work-out than downhill skiing. And you can hop in a taxi and try the Olympic bobsleigh above Igls. Take the four-man race bob, rather than the more sedate five-man taxi bob. Less than a minute of sheer terror awaits – followed by a tidal wave of adrenaline.
St Moritz, Switzerland
St Moritz is the capital of winter sports. Set in the high Engadin valley, locked away in south-eastern Switzerland, it’s reliably cold throughout the season – and tailor-made for mucking about on snow and ice. There are even cricket matches here in the winter on the frozen lake. Skiers get several different ski areas. The best of them is the north face of 3451m Piz Corvatsch, which is home to some gorgeous and blissfully underused pistes. Inghams has a self-drive, seven-night, half-board package from £628.

Zermatt, Switzerland
Romantic, quaint Zermatt is dominated by the unique shape of the Matterhorn. This is a resort where non-skiers can meet skiers easily for lunch as many of the mountain restaurants can be reached on foot or the Gornergrat railway. Zermatt is petrol engine-free and the only vehicles are electric – including the police car. First Choice offers a selection of first-class hotels.

Zermatt is Switzerland’s glacier skiing Mecca, with the biggest vertical drop in the northern hemisphere – a thrilling 3,280 feet. Skiing happens on three separate mountains, now linked by lifts. Experienced skiers can either head for the Klein Matterhorn and the Plateau Rosa glacier linking Zermatt with Cervinia, Italy or take the cable car to Rothorn, ski down to Gant and then up to Hohtalli, and the Rote Nase-Stockhorn, including Zermatt’s most challenging black run, Trifti.

Grindelwald, Switzerland
To get a powerful sense of the mountains in Grindelwald just look up. Towering above is the north face of the Eiger, a sheer wall of rock that rises 5,900ft, straight out of the forests and pastures below. The lift system, with its reliance on cog railways in places, is a bonus for non-skiers in the party who can take the train to the highest railway station in Europe at the Jungfraujoch orto Mürren to ride the cable car to the top of the Schilthorn. There’s also the longest tobogganing route in the Alps here. Thomson has a b&b package from £487pp, based on two sharing.

Meanwhile, skiers will get a big kick from tackling the Lauberhorn. It’s the longest, and oldest World Cup downhill course, and is a lot less steep than modern courses – which makes it more fun for mere mortals to ski.