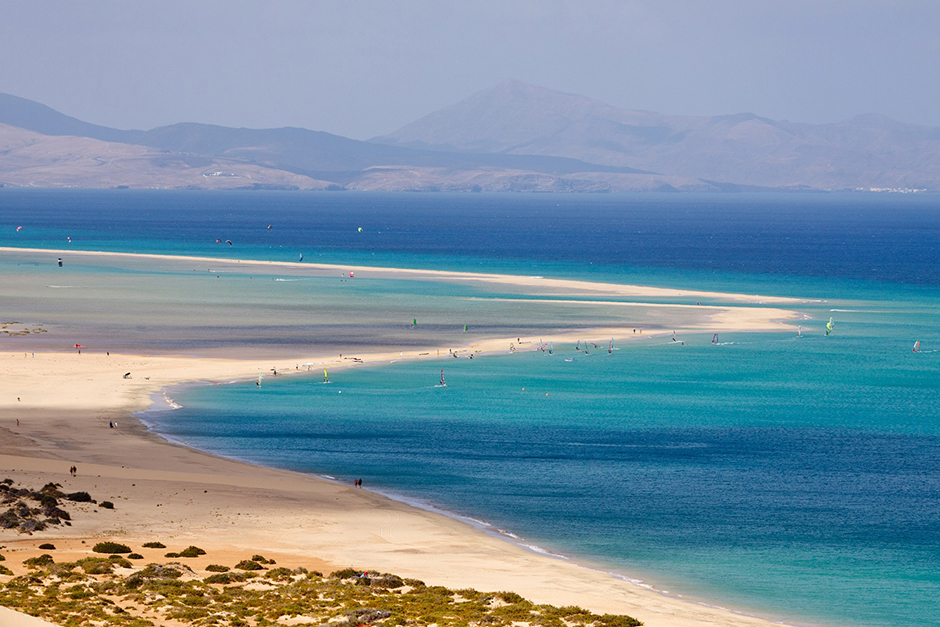 The Canaries have long had a reputation for beer’n’chips and the worst kind of package tourism. Horrific overdevelopment in the post-Franco tourism boom and the 1980s has left parts of the larger islands scarred with unfinished building sites. The cognoscenti, however, have always known where the classy hotels and quietest beaches are, and in the 21st century,  the islands have begun to shake off their old image with the growing popularity of walking and diving tours and a more discerning kind of tourist. The Canaries are also tiny beacons of culture – Santa Cruz de Tenerife’s new auditorium and the worst-class observatory on Mount Teide attract more than their share of top names.

Accommodation is available for every kind of pocket – there are good self-catering deals in resorts like Playa de las Americas on Tenerife or Puerto Rico on Gran Canaria. The islands have invested in luxury tourism over the last twenty years and are now reaping the dividends with a growing reputation for luxurious four- and five-star hotels, offering superb facilities, good food and first-class spa treatments in beautiful surroundings, involving two unique regional features – sulphuric pools and aloe vera.

These Spanish islands offer sun all year round. The ocean stays surprisingly warm for most of the year. November and February can be wet at times, and the Canaries are invariably windy, but it’s very unusual to have rainfall for more than a couple of hours at a time. July and August can be very, very hot unless you are in the mountains.  My favourite time is April and May  – glorious sunshine and spring flowers.  There are sandy beaches, rocky coves, green canyons, pine forests, desert, volcanic pools, luxurious spas and championship golf courses, as well as amusement parks like Siam Park, the world’s largest aquapark on Tenerife. Food and drink are reasonable as the Canaries are outside the EU for tax purposes.

Walk on the plane in the UK and step off into dry heat less than four hours’  later.

Dominated by Mount Teide, the highest mountain in Spain, Tenerife is easily accessible from the UK. Family favourites Playa de las Americas and Los Cristianos offer great value and a range of facilities; Costa Adeje has affordable apartments as well as luxurious hotels, such as the Gran Hotel Bahia del Duque, close to the beach. The Sheraton la Caleta, whose Eutonos Spa is very good indeed, is near a quiet fishing port. But perhaps this year’s must-stay, or at least must-see, is the new Sensatori resort at Guia de Isora nearby, with the longest infinity pool in Europe. The Yhi Spa has a flotarium, thalassotherapy circuit and all kinds of treatments from Indian pressure point facials to gemstone massages. Those seeking a holiday free from children at a reasonable price should try the Hotel H10 Oasis Moreque at Los Cristianos.

Spas on Gran Canaria are first class and those attached to hotels are usually open to non-residents, although booking is recommended. The Seaside Hotel Palm Beach offers ayurvedic massage, while the treatment rooms at the Villa del Conde and Corallium Thalasso look out over the ocean. Most spa hotels have thalassotherapy circuits, a Canarian speciality, including the Gloria Palace Royal. I stayed there this Easter and enjoyed the fabulous food and the private balconies and pool with wonderful views overlooking the ocean.

If you are after long stretches of white-sand beaches, Fuerteventura is sublime. Costa Caleta’s waters are perfect for swimming and snorkelling. The four-star Hotel Elba Sara in Costa Caleta is good for golfers with a top-notch course nearby. It also suits active families, offering minigolf, table tennis and football, and it is available through The Co-operative Travel’s Holiday Collection. Corralejo, at the north of the island, has a huge beach with massive sand dunes behind. The Sotavento Lagoon in the south east is a renowned place for kite and windsurfers. Morro Jable in the south is home to the Sodabe Turtle Reserve. Loggerhead turtle eggs, are brought from the Cape Verde islands, hatched and raised in nurseries until they’re big enough to be released. Fuerteventura has been a biosphere since May 2009, so much of the west coast and interior will remain unspoilt.