Who Wants To Live Forever? 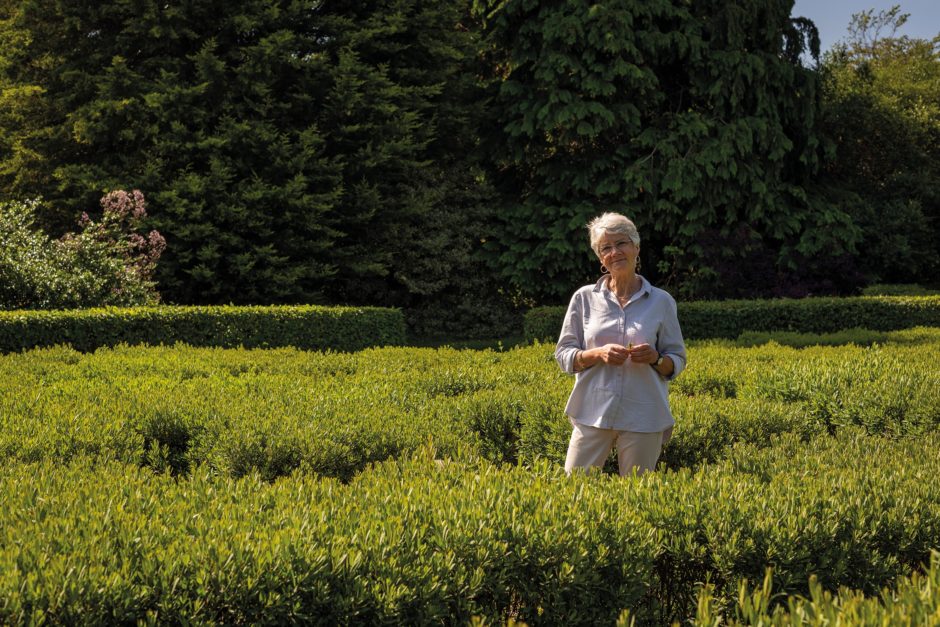 Ageing and death are unavoidable, but thanks to science, we understand more about why and how we age.

Sue Armstrong, the author of Borrowed Time, The Science of How and Why We Age, meets me at the Royal Botanic Garden in Edinburgh, in the memorial garden dedicated to Queen Elizabeth The Queen Mother. That lady knew a thing or two about ageing well.

Here’s the thing, though – we are all getting older, all of the time, some of us faster than others, thanks to our cells. In Borrowed Time, Armstrong, a writer, science broadcaster and former foreign correspondent, tells a compelling story of the scientific discoveries and efforts to help prevent or delay some of the more serious aspects of ageing. In passing, she solves a few everyday mysteries such as why we forget words and why cuts take longer to heal as we get older.

What made her write this book, now? “This is a massive issue for policy makers, and the economy, and it is becoming more important,” she replies. “As soon as I tuned into the idea, I realised that I was hearing something about ageing almost every day. And it’s almost always full of angst. People are asking, what are we going to do about the ageing population?

“When you look at the statistics they are worrying. The fastest growing segment of the population is people over 85 years old – increasing five times as fast as those below the age of 65 – so the world’s population is changing dramatically and all our care systems are overstretched.”

Her interest in ageing was also sparked by the fact that it happens to all of us. “Here’s me, on the threshold of old age,” she says, “I’m aware that there are dramatic changes going on deep inside me, and I’ve always wanted to understand such things. Knowledge is power.

“It really hit me to discover that the biggest single risk factor for all those diseases we associate with old age, all those things we fear – dementia, heart trouble, stroke, osteoporosis, arthritis, cancer, diabetes – is quite simply the ageing process itself,” she continues. “If we recognise this, and we can understand how the process works, we can possibly intervene in the earlier stages to help prevent or delay the development of these distressing conditions. And yet neither the policy makers nor the NHS seem to have cottoned on to this.” Armstrong is critical of the tendency to spend millions of pounds trying to understand individual pathologies and find therapies, while neglecting the root causes of these illnesses. While she dismisses miracle cures, she does as much as she can to stay healthy.

A slim, elegant 68-year-old, she keeps fit, walks as much and sits down as little as possible (the book is interesting on the latter), doesn’t eat junk food and tries to eat early in the evening and to get as much sleep as possible, although doesn’t always succeed with the last two.

Armstrong has been writing and broadcasting since 1980, her career encompassing the beginning of the AIDS epidemic, a subject about which she wrote the first article to be published in a World Health Organization journal and whose effects she saw at first hand, particularly over a decade living in South Africa around the collapse of apartheid.

Her previous book, published in 2014, was P53: The Gene that Cracked the Cancer Code which described the work of scientists in identifying key factors in the chain of events that can lead to cancer when the tumour-suppressor gene P53, often called ‘the guardian of the genome,’ stops working properly.

This took Armstrong into the complex world of cellular senescence, which plays a particularly important role in ageing and in developing serious illness. Our cells are designed to divide in order to grow and repair our bodies. Because potentially dangerous errors can arise in copying the DNA, dividing cells have a finite life. They don’t die, but they senesce. Usually the immune system gets rid of them but as we age, our immune system becomes weaker, so dysfunctional senescent cells accumulate. These to leach substances into our collagen fibres, causing wrinkles and the exterior signs of ageing, as well as problems at a deeper level.

Unlike in cars where things don’t talk to each other, in biology everything is talking to everything else…

However, as Armstrong warns, cellular biology is a delicate and complex science. “There is always a balance to be struck – many genes and their proteins have both Jekyll and Hyde roles. People like to think ‘oh we have found the gene for such and such’ but it is never as simple as that because genes are switched on in some circumstances and not others, and can be switched on in the wrong place.”

For instance, p53 has several roles. “Unlike in cars where things don’t talk to each other, in biology everything is talking to everything else and adjusts itself according to the messages it receives,” she adds. “If you just pick out one thing, you upset the whole equilibrium.”

Armstrong offers a clear and readable explanation of the ageing process, both in person and in print. With similarly little fuss, at the end of our interview, while everyone else departs by car or taxi, she announces that she has enough time to walk, and sets off at a brisk pace towards the Water of Leith.

Why Do We Age?

Theories about why and how we age are themselves as old as the hills. Aristotle believed that ageing was the result of the organs gradually cooling, while the ancient Chinese believed it was the consequence of imbalance, or the loss of a vital fluid stored in the kidneys. Yoga, meditation and essential oils have all evolved from Indian beliefs concerning the preservation of a sound body and mind.

In the late 19th century, August Weismann, a German biologist, suggested the body’s cells take the brunt of life’s damage and once the body has matured and reproduced, it starts to decline, possibly for evolutionary reasons. In 1954, American biochemist Denham Harman came up with the free radical theory of ageing, also known as oxidative damage theory, involving atoms that become unstable inside our cells.

Modern ageing theory has evolved with our growing understanding of genetics.

This article first appeared in Trust in 2019